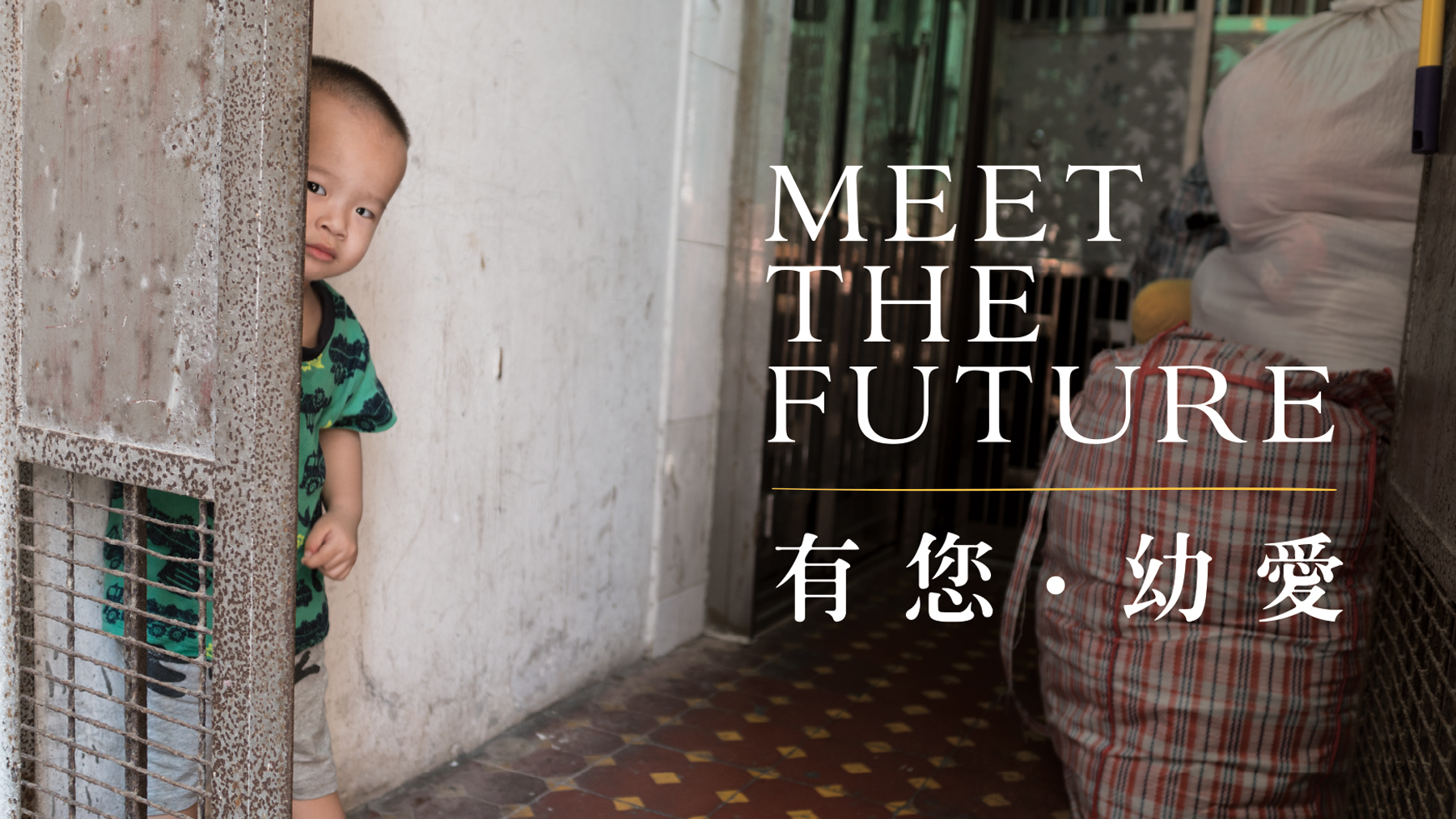 For the past two years, Richard Bowen has been taking photos across Asia. His aim wasn’t only to capture the vulnerability of disadvantaged children, but also the hope.

Called “Meet the Future”, Richard’s photos are set to be exhibited at the Rotunda in Exchange Square in Central Hong Kong from May 14 – May 21. Richard is a former cinematographer who later established children’s charity OneSky with his wife Jenny Bowen.

To mark the occasion we’ve asked Richard to choose a handful of his images and explain why he chose them. 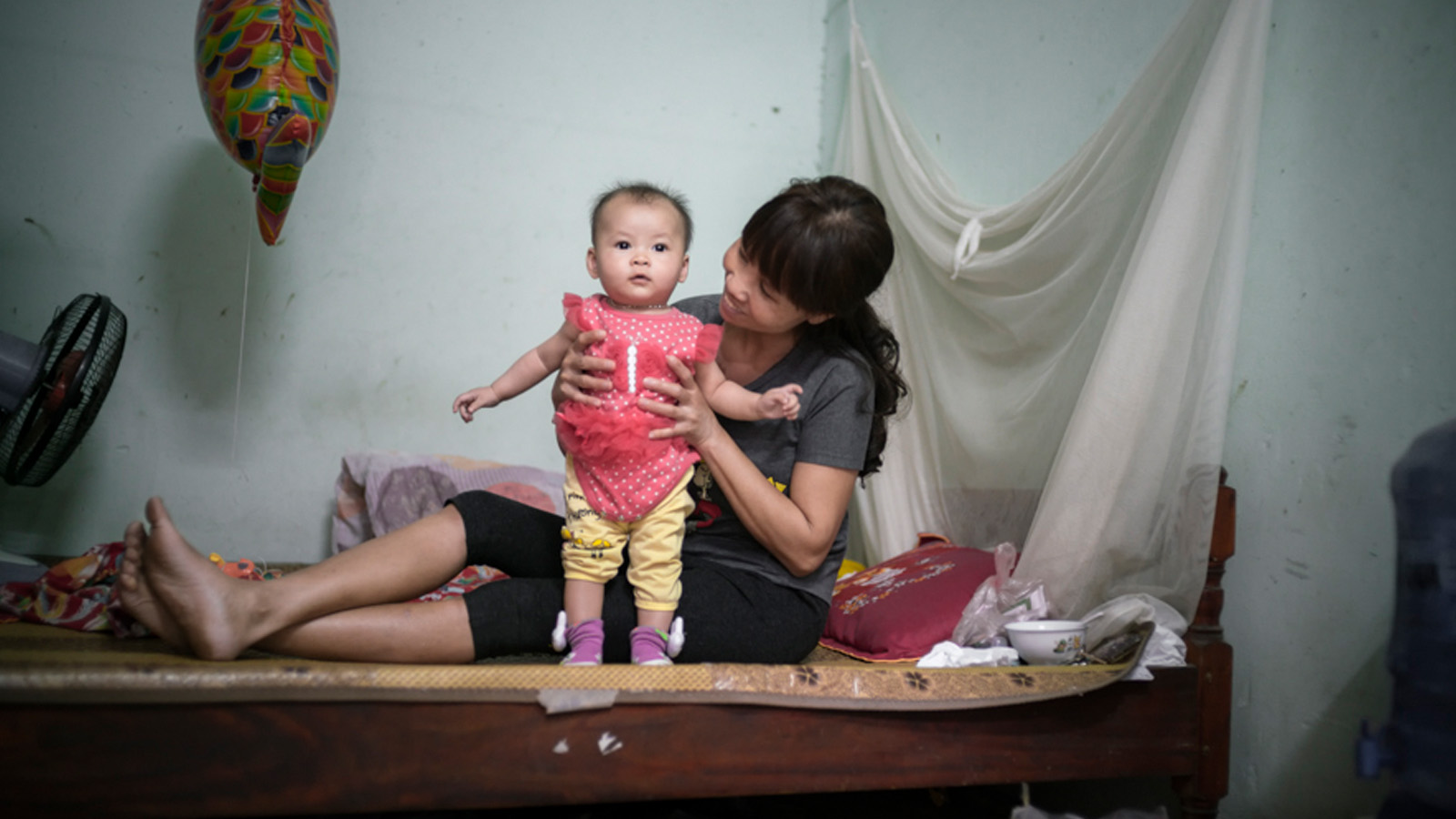 “This photo is of a Vietnamese factory worker proudly showing off her daughter in their tiny living quarters. Unlike China’s left-behind children, Vietnamese usually take their children with them when they migrate to the big city. Yet they often don’t have the time or resources to provide for their children’s care during long work days.

“I was deeply touched by how this mom gives all she can and has such high hopes for her child, despite their many obstacles.” 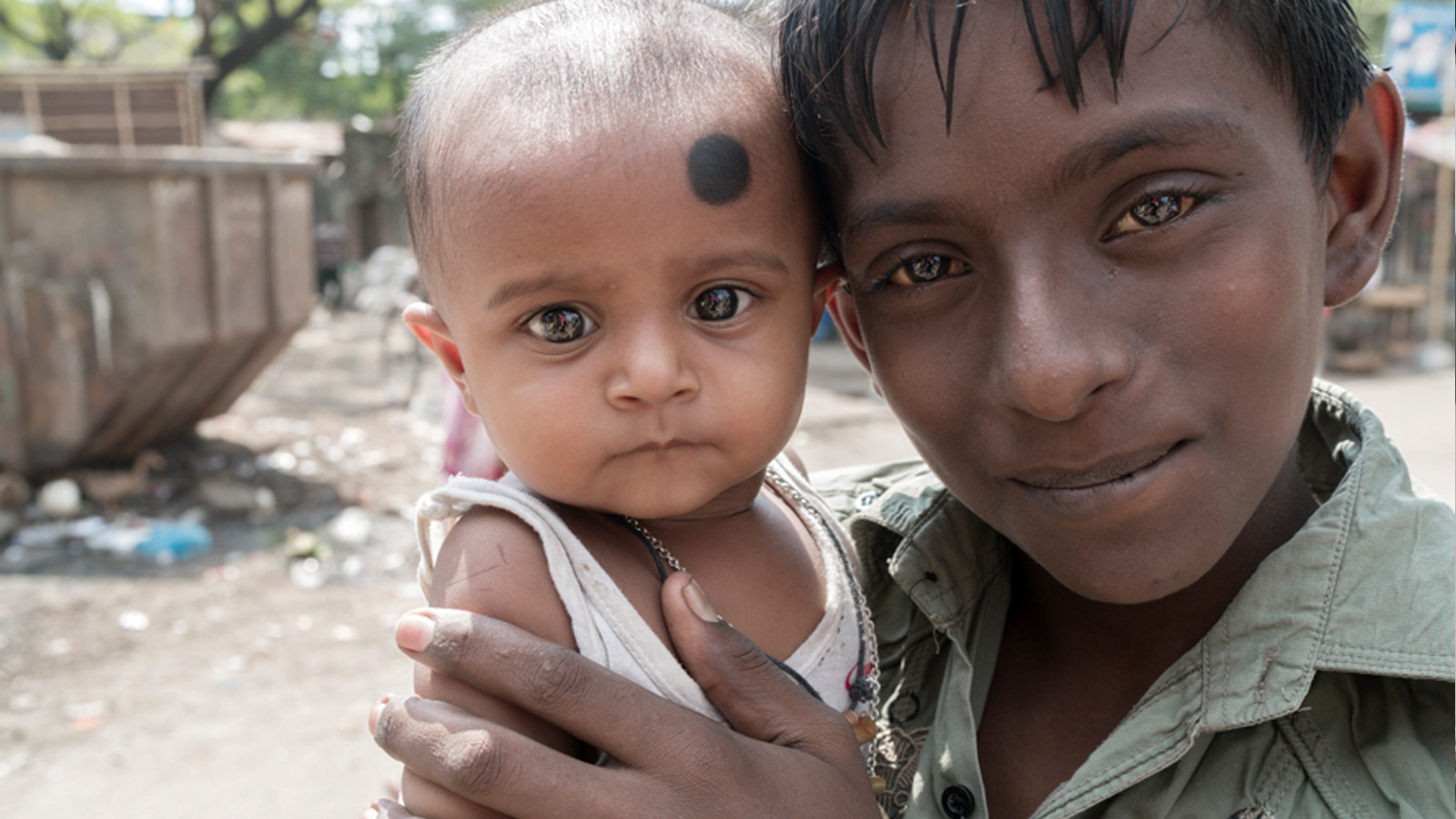 “This photo was taken in a village outside Dhaka, Bangladesh. Big Brother looks after his little brother most days while his parents work in the fields. Sibling care is so common throughout rural Asia, and the bond is usually strong and touching, but, it’s easy to forget this arrangement potentially deprives both children of the stimulation and care they need to develop fully. The big spot on this baby’s forehead is a mark painted on for good luck – it’s common among many Bangladeshi infants.” 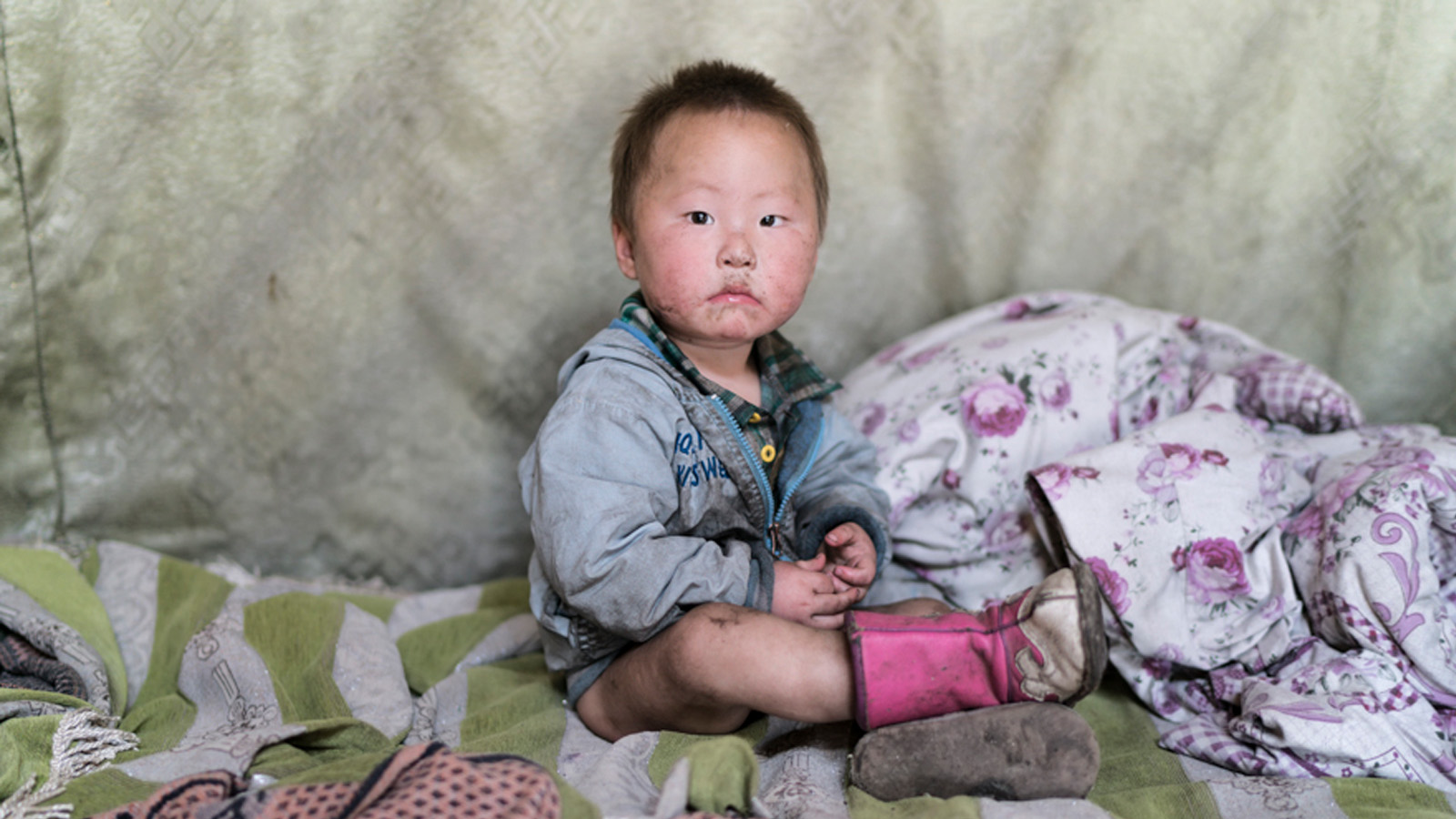 “This photo was taken inside a ‘ger’ or ‘yurt’ in Ulaanbaatar, Mongolia. Like many Mongolian children I photographed, this boy spends his days locked inside watching TV while his parents work. His parents are unable to earn enough for any sort childcare. I was shaken by how dazed and vacant this child was, spending his days with no stimulation as if he was in a prison.“ 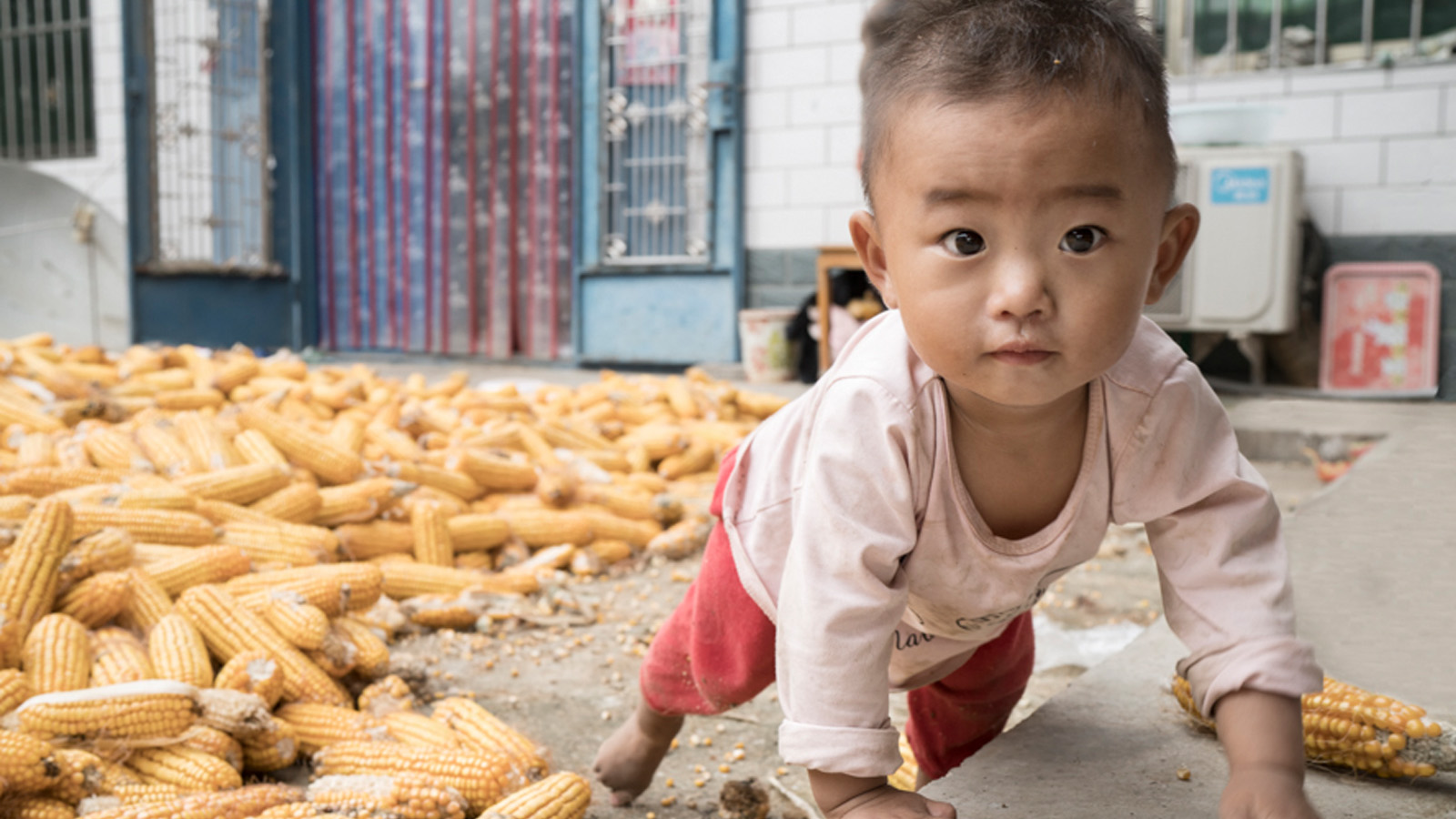 “This girl was ‘left behind’ by her parents in a poor Chinese village. Her grandma was busy with the harvest and I watched her playing alone in a yard full of corn. I was amazed by her inventiveness. She was clearly so bright. It seemed to me that her potential was unlimited so long as her development wasn’t stalled by her circumstances.”

OneSky is about to open a new centre in Hong Kong’s Sham Shui Po district this summer. The P.C. Lee OneSky Global Centre for Early Childhood Development will support local families and children providing Early Learning facilities and a Community Drop in Centre, impacting the lives of over 3,500 Hong Kong children every year.

The centre will also be a hub for training and advocacy work across Asia – putting Hong Kong at the forefront of efforts to provide assistance to very young vulnerable children.

The exhibition is free and open to all.